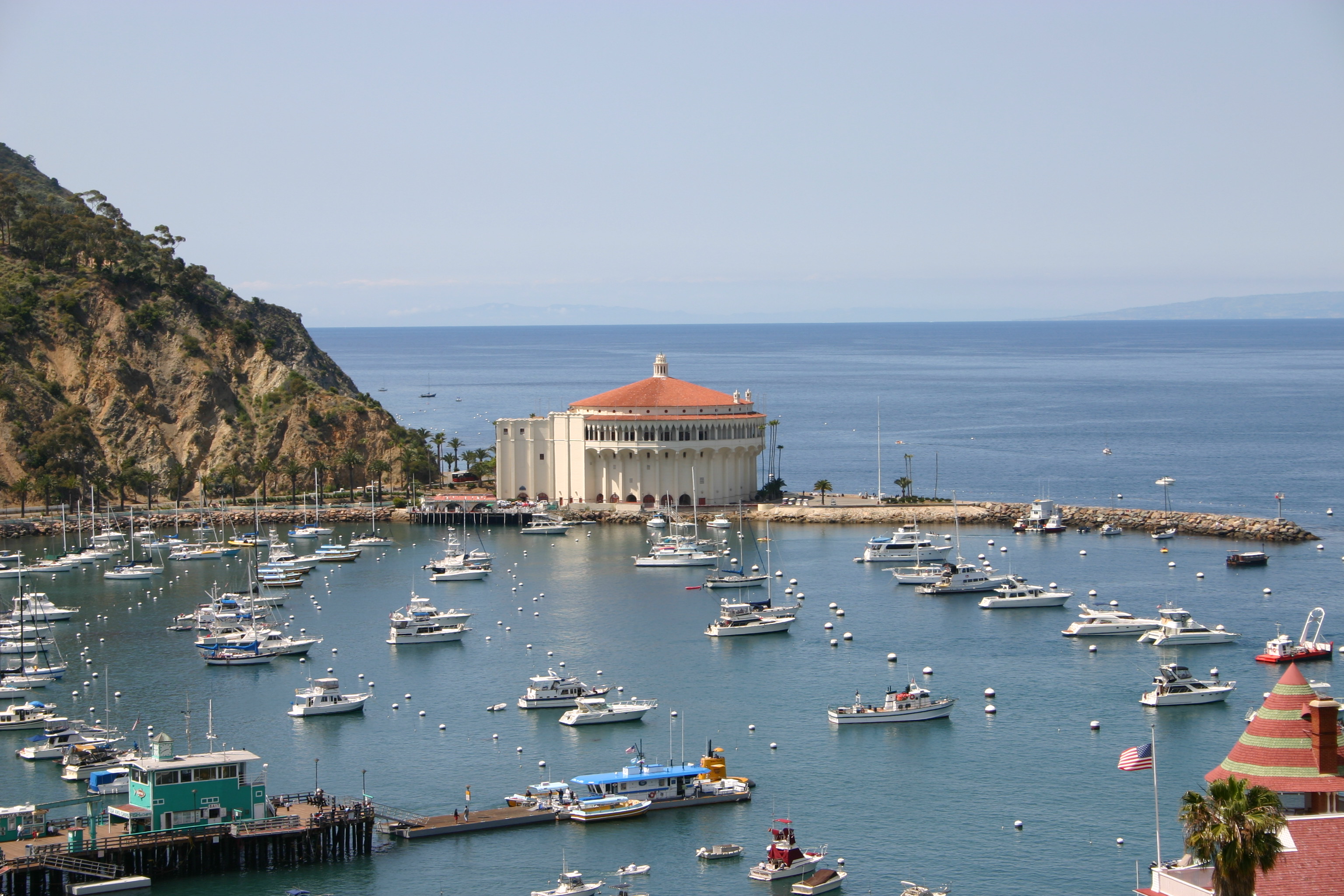 People have been drawn to Santa Catalina Island for thousands of years, to work, play, seek their fortunes and raise their families. Archaeologists tell us that the island was inhabited as early as 7,000 years ago.

The Birth of Avalon

From 1858 to 1867 a number of different people shared ownership of the island. By 1867, millionaire James Lick of San Francisco gained full ownership and evicted all the squatters from the island. Ranchers had to pay him for the right to graze sheep and cattle on the island. When he died in 1876, his trustees took over the estate and in 1887 sold the island to George Shatto, a young businessman who had recently come to Los Angeles from Michigan. Shatto decided to develop the Island as a tourist resort, establishing a town in a beautiful sheltered valley with wide, crescent shaped harbor on the northeast side of the island. He enlarged the existing wharf to accommodate larger steamers, and built the Hotel Metropole. He had the town surveyed, and sold the first lots. Shatto's sister-in-law Etta Whitney chose the name Avalon for the town. It came from the epic poem Idylls of the King by Tennyson. As King Arthur lay dying he said that he would be going to Avalon, the beautiful island valley where he would heal himself of his grievous wound.

Shatto proved unable to make his mortgage payments. The island reverted to the Lick Trustees. In 1892, they sold the Island to the Banning brothers. Their father Phineas Banning was instrumental in the development of Los Angeles Harbor and the founder of Wilmington. His sons William, Joseph, and Hancock, assumed responsibility for many of their father's business interests. Two years after purchasing the island they established the Santa Catalina Island Company and placed the land holdings that they had acquired in 1892 into the newly formed corporation. The Bannings built roads in the Island's interior, and installed the first telephone and wireless telegraph systems. They also built several tourist attractions to insure Avalon's continued success as a resort town elevating fishing to a sport was a new idea, promoted in large part as a conservation effort by writer and naturalist Charles Frederick Holder, who popularized the use of light tackle. He founded the Tuna Club, which established strict rules for anglers.

In 1913, Avalon became an incorporated city. In November of 1915, a devastating fire burned out of control for three days, destroying about a third of the town, including the Hotel Metropole. The Banning brothers built the elegant Hotel Saint Catherine to replace it, but were unable to recover their financial losses. In 1919, they sold the Island to an enthusiastic entrepreneur named William Wrigley Jr. and a new chapter began in the Island's history.

William Wrigley Jr. bought the island sight unseen but as soon as he and his wife Ada saw it, they fell in love with its beauty and Wrigley quickly bought out his partners. He was already a successful businessman, having made a fortune with Wrigley chewing gum. Now he turned the same energy to improving the island. He enlarged the fleet of cross-channel steamers, adding the S. S. Avalon, as well as the S. S. Catalina which he built specifically for the Catalina run. He constructed a power plant, improved the sewer system, and gave the island a source of fresh water by building reservoirs in the island's interior. In 1920 he built the Hotel Atwater and in 1928 built the Bird Park with thousands of exotic birds on display to the public. The largest aviary was constructed from the steel structure of the Sugarloaf dance pavilion, which was torn down to make way for the fabulous Casino, built to house a state-of-the art theatre and ballroom. At that time the word Casino was used generally to mean "a place of entertainment." At a cost of $2 million, the Casino took 14 months to build and opened in 1929.

He also promoted the island through well-publicized events such as the 1927 Wrigley Ocean Marathon swim and world-class golf tournaments on a renovated 18-hole course. He owned the Chicago Cubs and brought them to the island for spring training.

The Wrigley family held fast to the idea that the island should be preserved rather than developed extensively. In 1975 they donated 88% of the island to the Catalina Island Conservancy, a nonprofit corporation with a mission to "preserve and restore Catalina to its natural state in perpetuity so that future generations can continue to enjoy this unique part of California's heritage." The Santa Catalina Island Company still owns 11% of the Island and 1% is independently owned. Most of the island will always remain natural wilderness, surrounded by an unspoiled wilderness of ocean, beautiful treasures for us all.